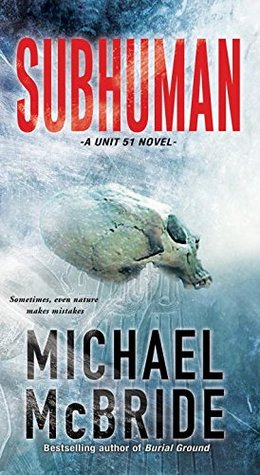 “THEY ARE NOT HUMAN.
At a research station in Antarctica, five of the world’s top scientists have been brought together to solve one of the greatest mysteries in human history. Their subject, however, is anything but human . . .
THEY ARE NOT NATURAL.
Deep beneath the ice, the submerged ruins of a lost civilization hold the key to the strange mutations that each scientist has encountered across the globe: A misshapen skull in Russia. The grotesque carvings of a lost race in Peru. The mummified remains of a humanoid monstrosity in Egypt . . .
THEY ARE NOT FRIENDLY.
When a series of sound waves trigger the ancient organisms, a new kind of evolution begins. Latching onto a human host–crossbreeding with human DNA–a long-extinct life form is reborn. Its kind has not walked the earth for thousands of years. Its instincts are fiercer, more savage, than any predator alive. And its prey are the scientists who unleashed it, the humans who spawned it, and the tender living flesh on which it feeds . .”

Pffft! That is the sound of my small mind blowing! Sci-Fi Horror is not normally the genre that I gravitate towards but I could NOT have loved this book more.

It read like a block buster movie, starting with short back stories of each character told from their perspective. These characters turn out to be experts from different fields of study dragged to freezing and desolate Antarctica by a mysterious billionaire to investigate the discovery of the century…or more appropriately, the biggest discovery of mankind.

I really enjoyed how the author, McBride introduced all the information and revelations throughout the novel. He keeps you on the edge of your seat waiting for the plot to unfold. I read this book in two days and the only reason it took me that long was because I have to work 8-5 and sleep…some. Scary good read! COULD NOT PUT IT DOWN! Snag this book when it comes out next week. You will not regret it!

*I received an ARC of this novel from Netgalley in exchange for an honest review. 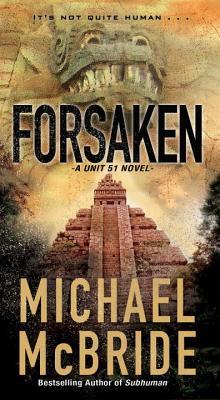