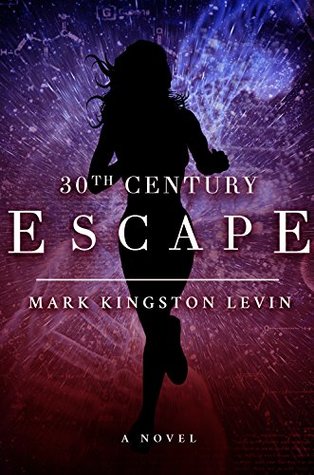 “CAPTAIN JENNIFER HERO is burned out by the stress of leading the war with the Syndos, genetically-altered humans who desire extermination of the Naturals. She leads a small task force from the thirtieth century on a one-way trip to the diversion point. Their goal: to plant a virus that will disrupt the genetic tendency toward sociopathy among the Syndos. Amid an intense attack on their remote South Pacific island base, Jennifer sends her colleagues back 300 years. But she does not go with them, opting instead to travel alone back to 2015 to grieve the loss of the love of her life, the time machine’s inventor, and to find herself.

After months spent alone on the radioactive atoll of Moruroa, Jennifer is rescued by an amphibious aircraft, piloted by a marine biologist and his crew. History sources she studied for her PhD left out much about twenty-first century culture, causing culture shock and conflicts in her mind. She struggles to hide her superior intellect and nanotech-enhanced abilities, for among these ordinary humans she is as alien as the Syndos are in her native century. Can she find a place for herself to fit in among them? Can she forgive herself for abandoning her team when they needed her leadership most?

I’m very sorry to say that I could not finish this book. I really TRIED to get into it and I wanted to finish so I could give an in-depth review but I just could not. The story had potential from the beginning to be interesting and captivating. I was SO looking forward to reading a Sci-Fi Erotica (which it is tagged as) but that is not what this book was!

Any interest I had rapidly fell away after the main character, Jennifer Hero’s rescue from her deserted island. Following this, it seemed the book consisted of monotonous dialogue and pointless scenes. There was no plot! There was no climax, minus a few of the sexual variety when that finally got started! However, even that part was rushed and not well described. The EROTICA portion of the book did not start until half way through and the only SCI-FI part was that the main character was from the future and had time traveled to 2015 from the 30th century. Come on…. We need more.

The parts of the book that had the most description were the scientific parts that she was explaining to other characters but it was too technical and impossible for us laymans to follow. This book would be ten fold better if the scenes that are not absolutely necessary for the furthering of the plot were removed and the scenes that are left had less dialogue and more narration/description. This story has potential but it just did not give me the drama and excitement I wanted from a badass  bi-sexual 30th century Captain thrust back in the 21st century.